What You Need to Know About Fundus Photography?

Fundus photography may appear to be the most basic of all the diagnostic imaging techniques available. Fundus photography seeks to duplicate what we see in our funduscopic exam, but it can provide more than simply picture evidence. Fundus photography can assist optometrists deliver high-quality and efficient care to their patients by improving detection, patient education, and office productivity. A fundus photography machine called as a Fundus camera or retinal camera is used to perform this procedure. Diabetic retinopathy, age-related macular degeneration, macular edema, and retinal detachment are all documented by imaging the retina.

The posterior pole is photographed with a high-resolution camera and a focusing mechanism in standard fundus photography. A comparable white light source is used in these systems to mimic what practitioners view with fundoscopy. This simplifies future comparisons to funduscopic views and allows for intuitive interpretation of fundus photos. A color image's three color channels (blue, green, and red) can be used to aid locate a lesion.

The fovea is usually imaged at 45°-50° by most eye care practitioners. The macula, optic nerve head, and retinal nerve fiber layers can all be seen in one picture. Some equipment additionally allow the operator to reduce the angle of view to 35° or 20° in order to improve resolution; this might be useful when imaging small or localized lesions. Most fundus cameras have the ability to change the fixation target position as well as photograph the midperiphery. After that, the photos can be stitched together to make a larger mosaic image.

With improved fundus cameras, the retina can now be examined in far larger areas. Despite the lack of a recognized nomenclature, widefield and ultra-widefield photography refer to 100° and 200° angles of view, respectively. These devices, unlike standard fundus photography, which uses white light to photograph the retina, frequently use lasers or LEDs to do it. Because some posterior segment features may show differently in black-and-white photographs versus white-and-black images, the difference in light source may present problems with image interpretation. The ZEISS CLARUS 500 and EIDON are newer widefield systems that use "true color" imaging to mimic how doctors perceive the retina and optic nerve head. 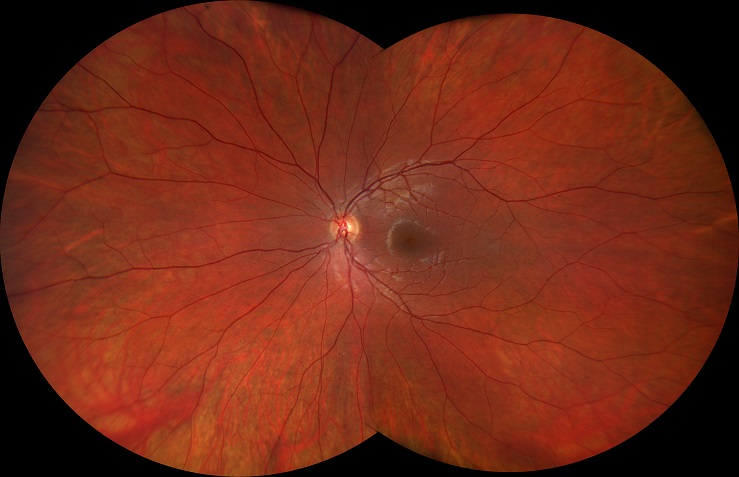 Ultra-widefield devices can image a large area of the retina, allowing doctors to monitor peripheral abnormalities that are difficult to detect with traditional fundus photography. Photo documentation of peripheral lesions such as lattice degeneration, retinoschisis, atrophic holes, or chorioretinal scars helps with follow-up care by ensuring that no pathological changes are seen.
Ultra-widefield imaging enhances patient flow while preserving quality of service and accurate documentation across several visits as the industry evolves toward multi-doctor practices. Many doctors desire an objective form of documentation since extended ophthalmoscopy drawings typically fall short of adequately describing pathology for future comparison.

When a patient is treated by numerous doctors within a practice, being able to reduce inter-observer and intra-observer variability might help eliminate clinical management disagreements. All of this improves patient outcomes and decreases patient anxiety and dissatisfaction.

To imaging lipofuscin and other fluorophores using the retina, fundus autofluorescence (FAF) employs a mix of barrier filters and excitatory wavelengths. Many cells in human tissue, including the retinal pigment epithelium, produce lipofuscin (RPE). Outer retinal degeneration can modify the concentration of lipofuscin in RPE and adjacent tissues, resulting in pathogenic alterations that can be seen with FAF.

The smartphone has become into a generation-defining device that is now infiltrating the ophthalmology field. With developments in camera technology, stunning images of the posterior pole can now be captured with only an indirect ophthalmoscopy condensing lens and a cellphone. Some adapters, such as the Volk iNview, can assist speed up this procedure even more. Offsite tests, wheelchair-bound patients, and bedside examinations all benefit from this procedure. 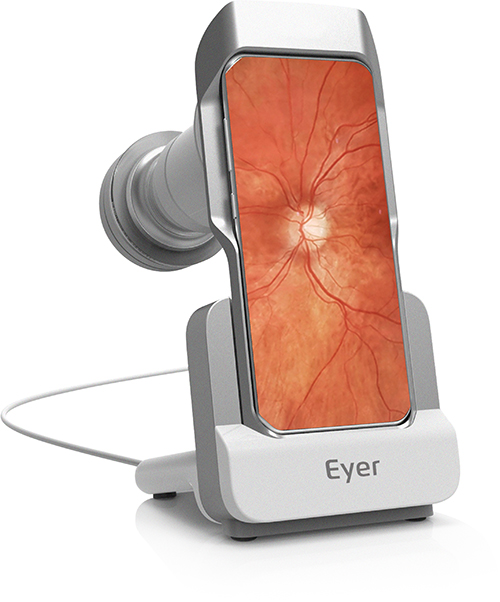 Although fundus photography is an older technology, it is nevertheless an important part of any ophthalmic practice. The detection and documenting of posterior segment structures is critical in disease treatment, and it frequently gives data that complements OCT and perimetry. More improved fundus photography techniques, such as FAF and ultra-widefield, expand the technology's utility, ensuring that fundus photography will be around for a long time.